A Covid-19 outbreak that began on March 1, 2022, in the city of Shanghai became the most widespread the city has had since the start of the pandemic two years prior. Amid the Chinese government’s strict zero-Covid policy, authorities introduced a series of measures that initially started as a two-phased lockdown but soon expanded to encompass the entire city.
As several analysts pointed out, the major problem that clogged up ports and choked off supplies was largely the restricted truck access. Hapag-Lloyd noted in a recent advisory that even though Shanghai terminal operations were normal, the daily trucking ratio was reduced by around 45%. 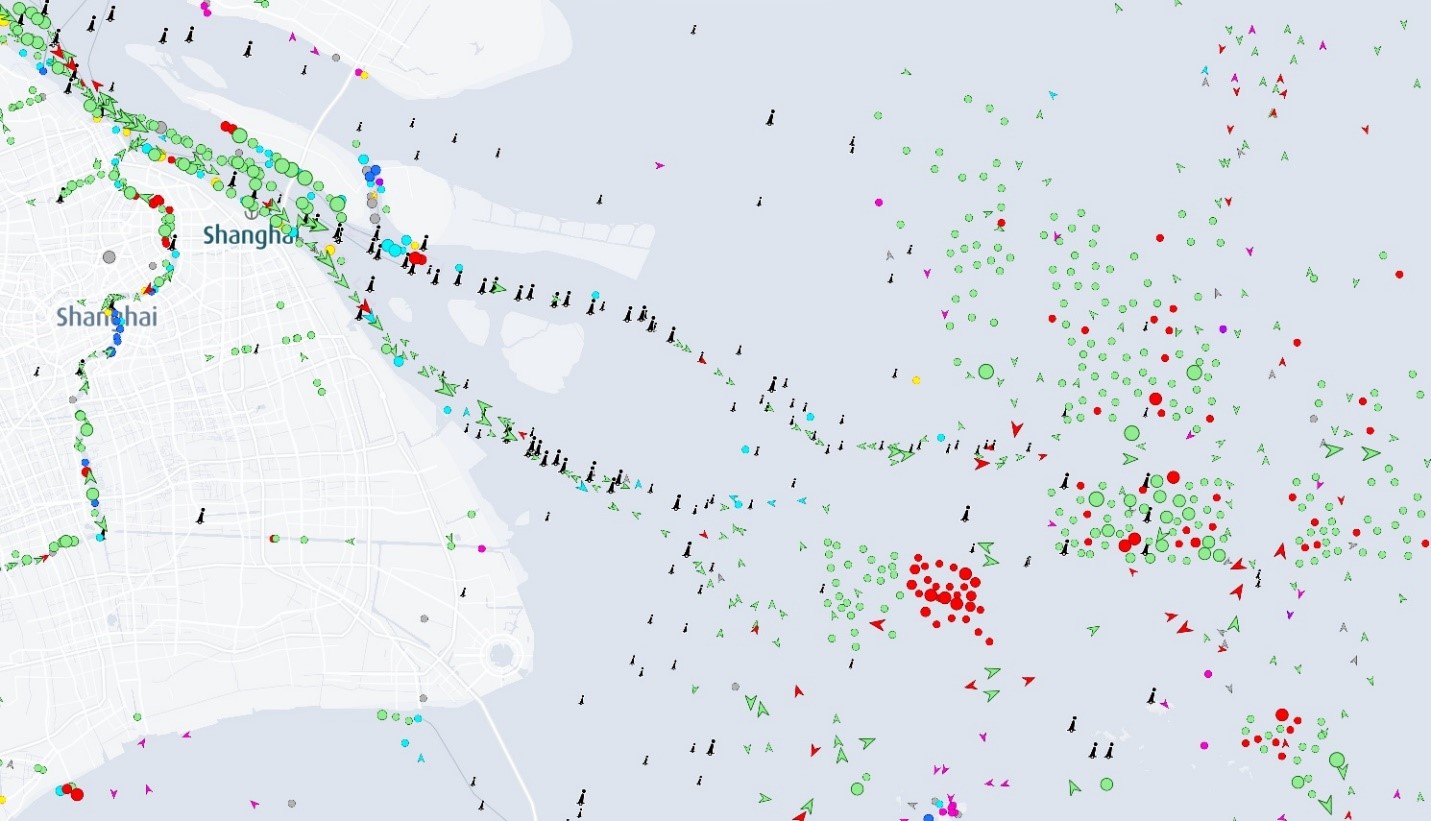 Logistic jam around Shanghai’s port: A map of the area on May 1, provided by online tracker FleetMon.

Freight rates for containers and small bulkers have been weaker as exports from China slowed down amid the ongoing lockdown measures. Freight rates on Shanghai-Rotterdam declined by nearly 9% from March 25 until April 29. Similarly rates on Shanghai-New York dropped by 8.5% during the same period, although prices on both lanes remain extremely elevated compared to pre-pandemic levels.

Analysts forecast that ocean freight rates will increase once lockdown is lifted in mainland China.
There are divergent views regarding the global impact of strict lockdowns in Chinese cities. The general consensus seems to be that the reopening of Shanghai will lead to a surge in ocean volumes, resulting in clogged US and European ports and delays. However, whether this will prove to be a short-term impact, limited to second-quarter activities, or a much bigger issue than it was last year is still up for debate.